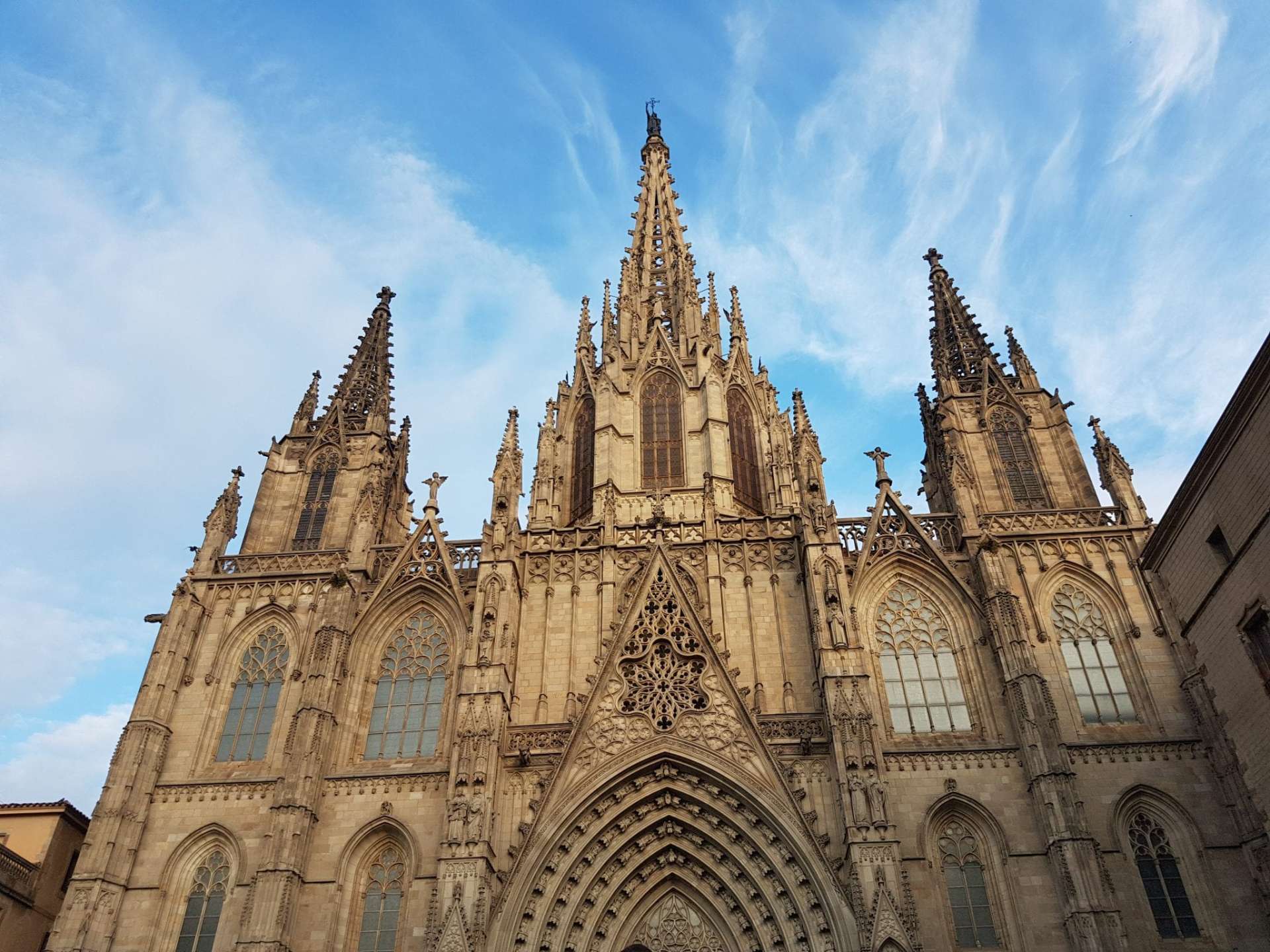 Contrary to the crowded and always crowded Sagrada Familia, it is not a real Barcelona Cathedral. This name belongs to the Cathedral of St. Eulalia. Santa Eulalia, also known as La Seu, is a real gothic pearl not only of Barcelona, ​​but of the whole of Spain. Foundations of the Cathedral of St. Eulalia was built in the thirteenth century on the site of the former Roman temple, but its main façade was finished only in the 1980s. So you can say that it is a building that “saw and experienced” a lot while witnessing Barcelona’s turbulent history. It is located in the heart of the beautiful Gothic quarter of the city of Barri Gòtic and looks really great both “live” and in holiday photos. It would be simply a sin to omit it when visiting the city. 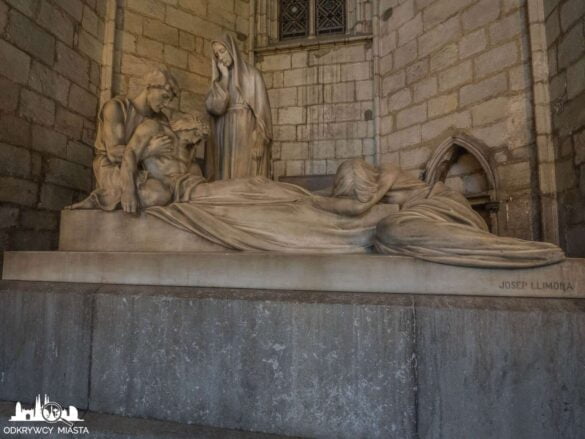 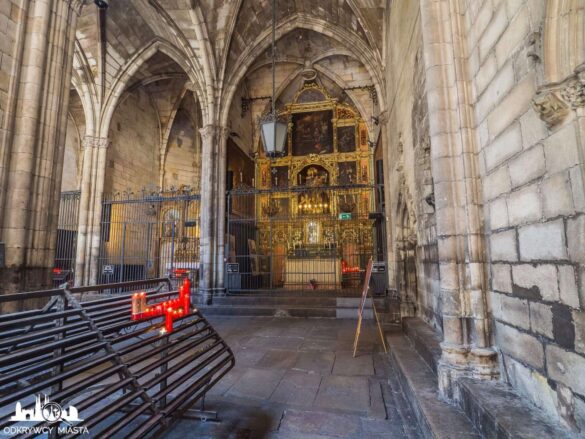 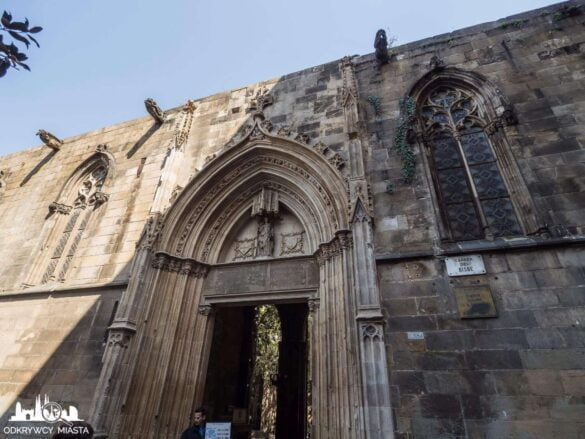 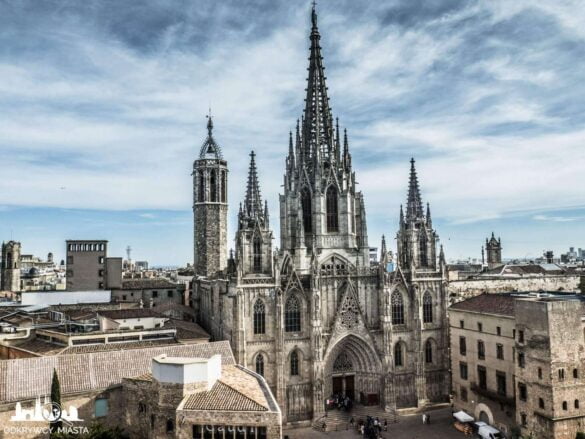 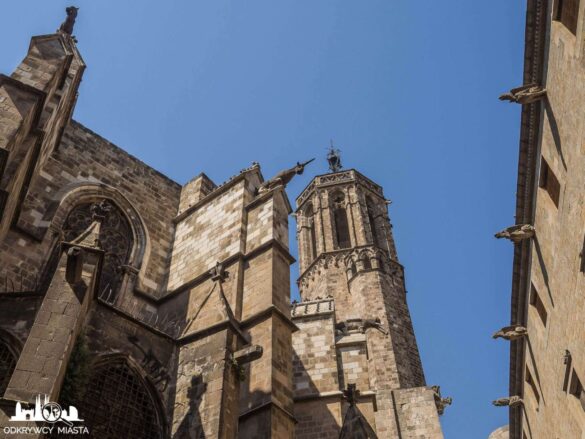 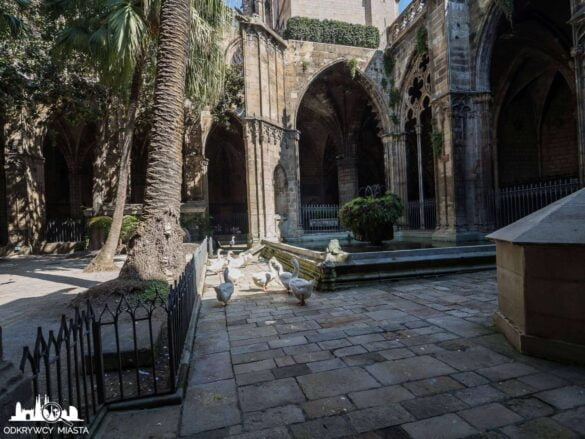 What the Barcelona Cathedral hides

Barcelona Cathedral has many treasures that have been collected over the centuries. You can see there, among others a cross from a ship taking part in the Battle of Lepanto (one of the greatest naval battles in history), a baptismal font from the time of Columbus, in which the Indians brought by him from the newly discovered America were baptized, or the burial place of St. Eulalia, the patron saint of this cathedral, located in the crypt under the main altar. Visitors can admire the intricate Gothic architecture inside, or the views from the cathedral tower, which is open to the public. However, if someone wants to take a break for a moment from the excess of history enclosed in these walls, they can go outside and rest in a beautiful tropical garden full of trees and flowers and see a pond in which 13 … geese have been swimming continuously for 500 years (each as a reminder of one year life of St. Eulalia, a minor martyr in the times of persecution of Christians). 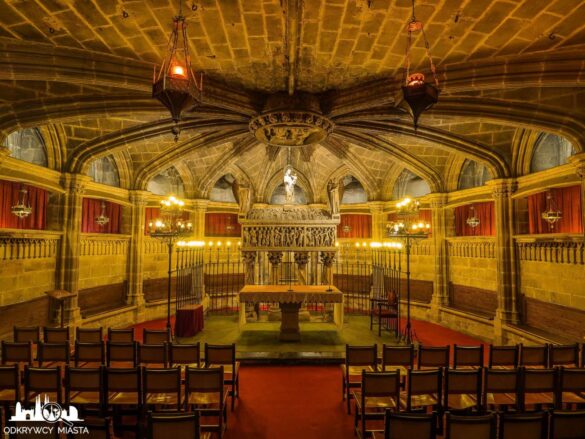 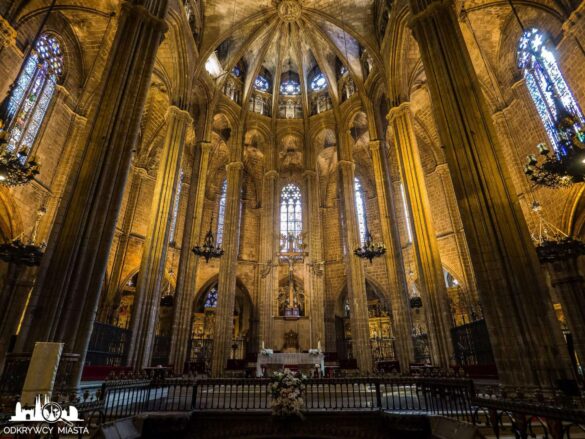 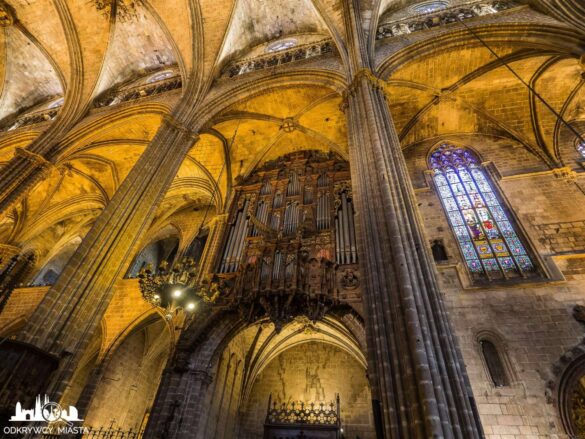 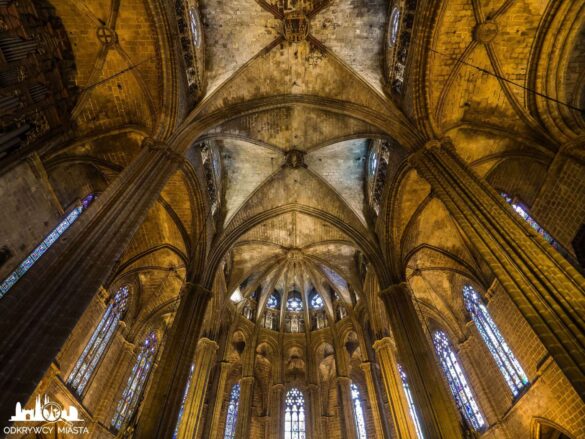 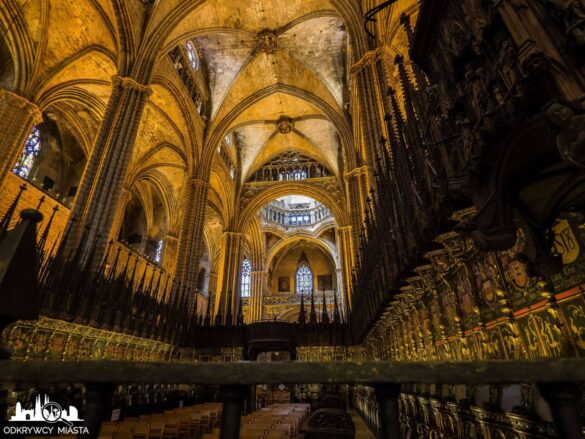 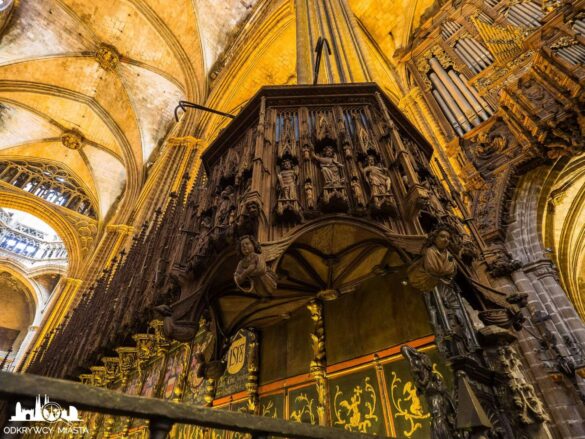 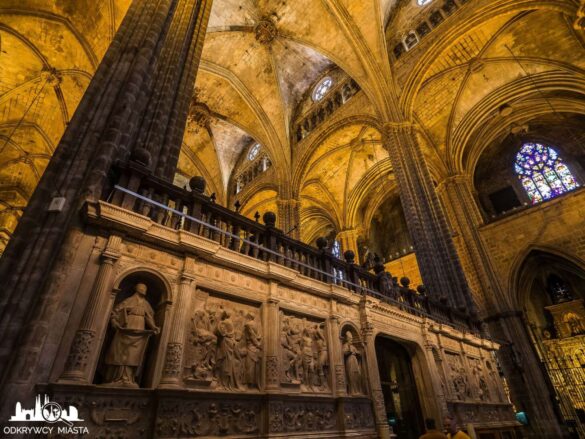 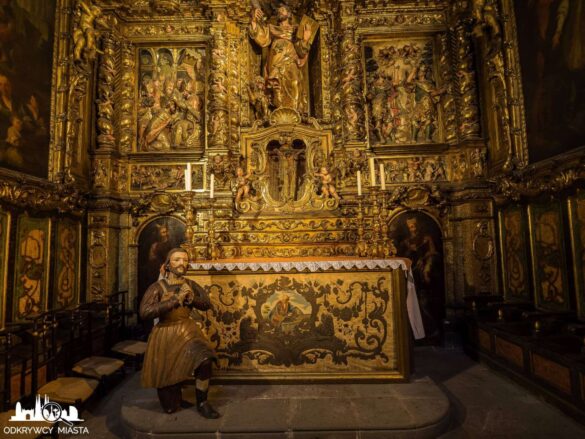 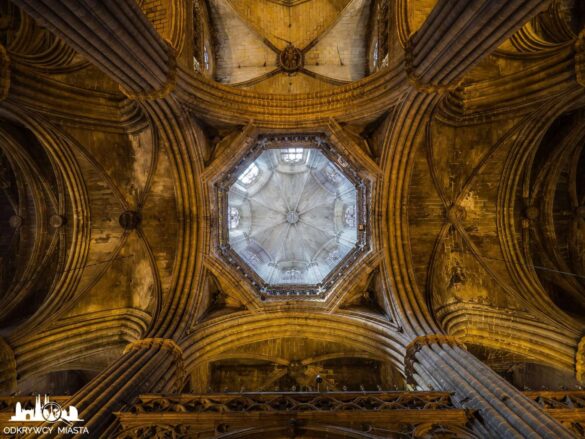 St. Eulalia can be visited for free during masses, but it is forbidden to take photos then. So if you want to photograph this wonder of Gothic architecture in peace, just buy an admission ticket. Personally, we believe that beautiful photographs fully compensate for this small expense. 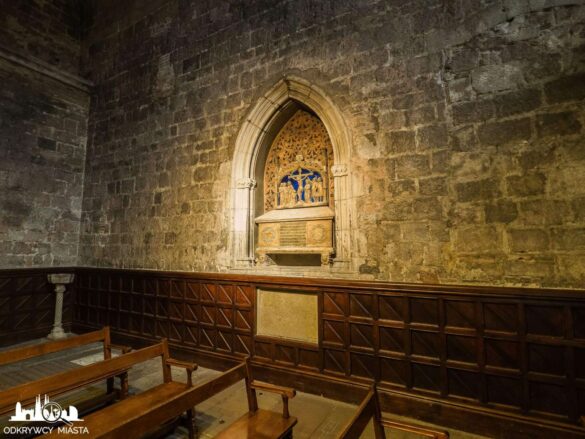 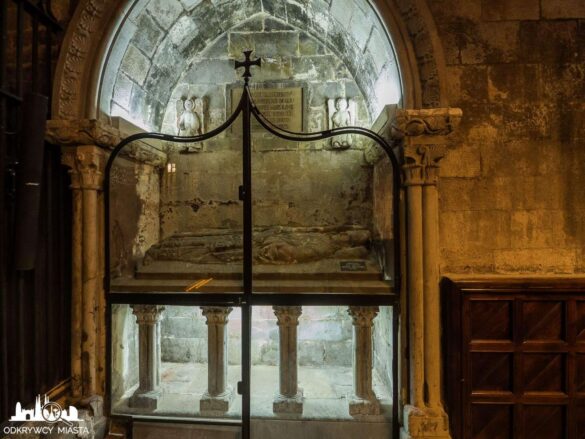 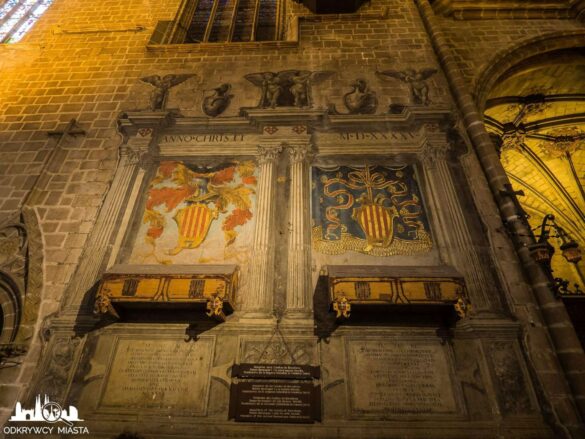