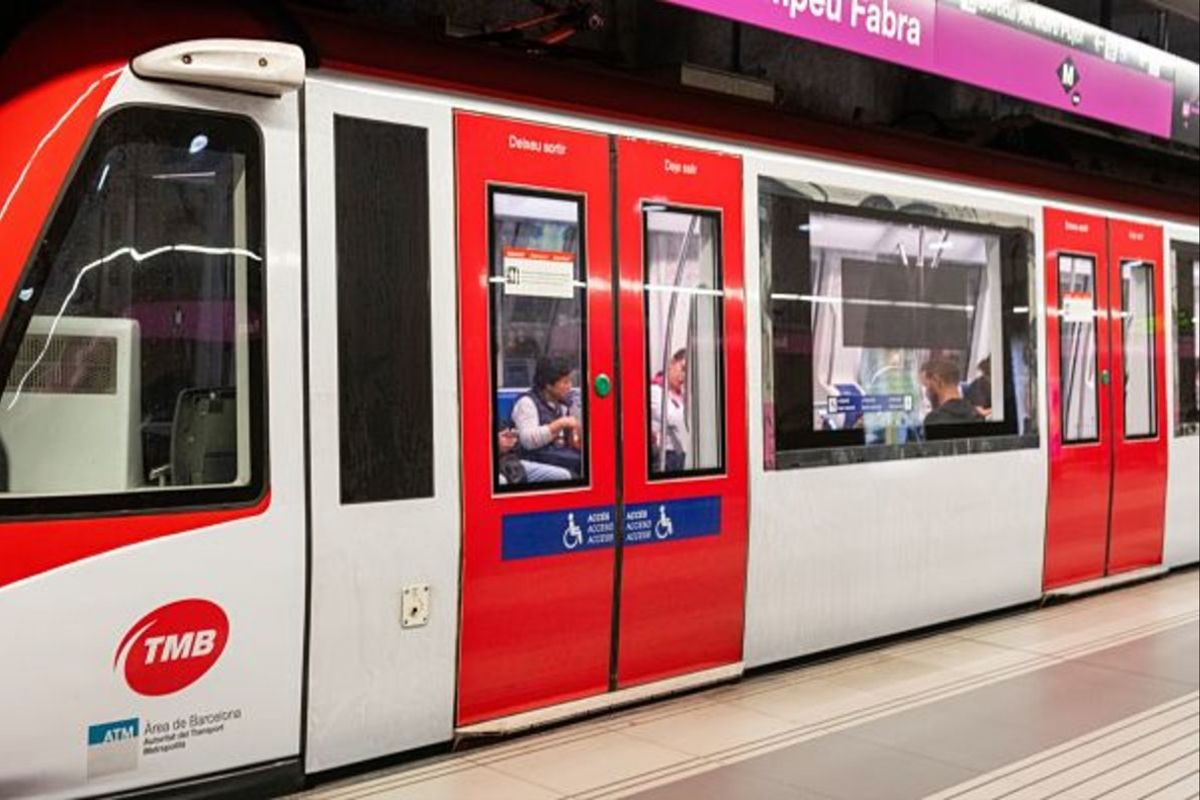 Some people visiting Barcelona pointed out to me that they cannot find information about the marking of metro lines or suburban railways. Although it is very simple, there are times when one ticket is “wasted”, for example on the way to Camp Nou, by boarding the trains instead of the metro. They both look very similar and without a little knowledge it’s hard to distinguish them – today I will show you how not to get lost and metro de la Barcelona did not arouse fear 🙂

Metro lines are marked with a color and a number

to be sure that you are moving by metro, choose ONLY lines marked with the letter L

Barcelona metro has as many as 13 lines marked with the letter L and 181 stations.

Regardless of which line you intend to use, in both cases we can use one of the tickets for integrated transport, eg T-Familiar. We have described how it works here – http://odkrywcymiasta.pl/testowa/blog/bilet-t10/

Where the Barcelona metro goes

one of the things that genuinely delighted me in Barcelona was just the really gigantic and extensive metro network. Of course, when living in Poland, only the inhabitants of the capital have contact with the subway. The more 181 stations in such a small city make a really amazing impression. So where can we get by using the subway

Line L1 – intersects 3 … exactly THREE cities !!! It starts at the Fondo station in Santa Coloma de Gramenet and ends at the Hospitalet de Bellvitge station in the city of L’Hospitalet de Llobregat, of course, crossing the entire length of Barcelona. This is a metro line that you can use quite often when moving from the city center. The metro on this line stops at quite important stops, such as the Catalan Square (one of the most important squares in the city, la Rambla, the Gothic quarter, Passeig de Gracia) or Piazza di Spagna (Arenas center, Montjuic hill, magic fountains)

Line L2 – this is a line that also starts its journey in another city, as it starts from Badalony. It ends at the foot of Montjuic hill. At its final station, you can change to the cable car that will take you to the aforementioned Montjuic hill (near the Olympic swimming pool or Olympic park, and the lower station of the cable car to the top of the hill) also on the route of this line there is the Sagrada Familia station, which will allow you to reach to this amazing monument, although if you do not live along the route of this line, you probably will not use it

Line L3 – the oldest metro line in Barcelona! Its first fragment connected today’s Gracie district with Catalan Square. The metro began operating on this section as early as 1924. To this day, it is one of the most important lines crossing points important for both residents and tourists on the Barcelona map.

Thanks to this line, we will get to la ramba street (and in as many as 3 places, because the metro from the Catalan Square station to the drassaness goes along this street, you will also get to the vicinity of Guell Park, the park with a maze, and finally the camp nou stadium. ! This is a line that you will most likely use at least once, but unfortunately due to the popularity of this line and a lot of tourists who travel it, there are many pickpockets on it, so be very careful with your wallets and luggage

Line L4 – this is the only line that will take you to the Barcelona beach area! The line serving the northern part of the city has one of its stations at the Olympic port, where Barcelona’s beaches are also located, and at the same station you will also find the Barcelona Zoo. Or, after you’ve finished exploring the old town and the Gothic Quarter, you can take the Jaume I station and take literally 2 stops to the Barcelona coast. This is a really cool option that we recommend. However, if you do not live at one of the yellow line stations, you will probably use them sporadically

Line L5 – The blue metro line crosses Barcelona across, helping the people of Cornella get to Barcelona. From a tourist point of view, it would be the perfect choice to visit the Sagrada Familia and then head to the Camp Nou stadium! However, if you do not live near the station of this line, you are unlikely to use it

Line L6 (FCG) – the metro lines managed by FCG are actually urban railway lines and therefore are not considered to be metro! – what causes it, first of all, the possibility of changing between these lines and the metro lines! If, for example, you are going to the area of ​​avinguda Tibidabo, you can first use the L7 line to return to the center with the L3 line and it will still be treated as 1 trip

you can read more about transfers between means of transport here – http://odkrywcymiasta.pl/testowa/ blog / bilety-t10 / The L6 line will take you from the Catalan square to the Sarria district (it is an interesting district that used to be an independent city, now one of the more expensive districts of Barcelona)

Line L7 (FCG) The same situation for the L7 line as for the L6 line, although this in turn will take you from Catalan Square to Av. Tibidabo (there are really impressive houses here)

Line L8 (FCG) analogous to the previous 2 lines with the difference that the L8 line will take you from Spanish square to Moli Nou in Barcelona.

The L9 Sud line is part of a line that will be completed in the next few years. It will then be the longest autonomous metro line in Europe! This is! It is an autonomous train and therefore runs without a driver! And we can sit in the first car and admire the route as if we were driving the train ourselves 😀 the L9 sud line connects the southern part of the city with the airport, this line will take us to the T1 or T2 terminal

The L10 line, like the previous one, is also under construction, and its next stations are opened every few or several months. It will be a line that will connect the industrial and port area of ​​Barcelona with Badalona (passing through the Barcelona area). It is also an autonomous line and for those who like industrial-industrial atmosphere it is a must-see, especially as it is the only line that runs on specially built elevations

Line L11 – this is the shortest metro line in Barcelona, ​​it connects the Torre Baro district located behind the hill with Barcelona (Torre Baro is a district where local Spaniards strongly advise against living, I live here too shortly, so I will not comment on this topic;))

Line L12 (FCG) is also one of the shortest routes in the Barcelona metro, connecting 2 stations of Sarria and Reina Elisandra.

Barcelona metro or maybe a train

In addition to the Barcelona metro, you can also use one of the train lines that cross the city with underground tunnels. Such a trip will allow you to go to places far away from the center of Barcelona. By rail you will get to Blanes or other seaside resorts (Pinieda del mar, Santa Susana, Calella etc.) as well as you can go on a trip to Montserrat, one of the holy places of Catalonia. Of course, nothing prevents you from going in yet another direction and passing the charming Castelldefels with its main resident (Messi) go towards Tarragona, passing either Sitges, Cunit, Coma-Ruba, to finally reach the coastal Tarragona!

As train stations are very similar to metro stations, be careful when at the station and carefully check train markings to avoid confusion

Trains are marked with the letter S or R.

See how far you can get using the Catalan rail network

Finally, for anyone who would like to download and carry a metro map with lines and stations –

It’s good to have the metro map in your pocket while exploring the city. It is also worth that such a map should have the most important points marked, such as the El Prat airport, Sagrada Familia church, La Boqueria market, FC Barcelona stadium or La Rambla. You can get the map in a paper version at the tourist information office in Plaza Catalunya

We encourage you to use the version below

Special days in 2020 where the metro runs non-stop:

If you want to see how the T-familiar / T-casual ticket works, be sure to click here – T-familiar ticket, how to get around the city in 2021