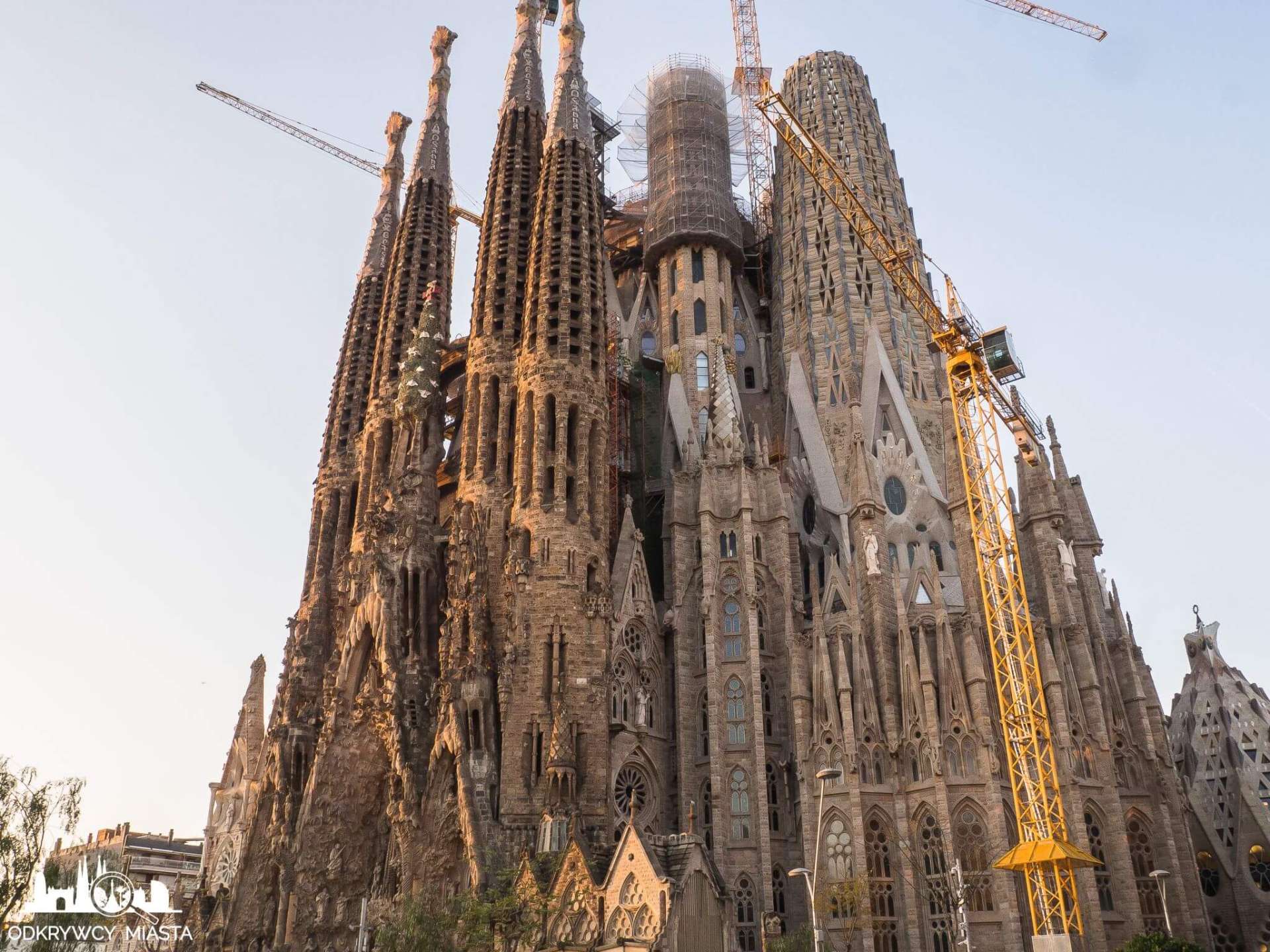 Sagrada Familia is the life work of Antonio Gaudi, one of the greatest architects of our time. The most important and interesting church in Barcelona, ​​and even in all of Spain! Its construction started in 1882 and continues today, being the longest construction in Europe!

Tickets to the Sagrada familia

Completion is expected to be expected in 2026, but it is not a final date. This is related to the issue of financing the construction, as the costs are fully covered by donations from the faithful.

The amazing building presents scenes from the life of Jesus on its facade. 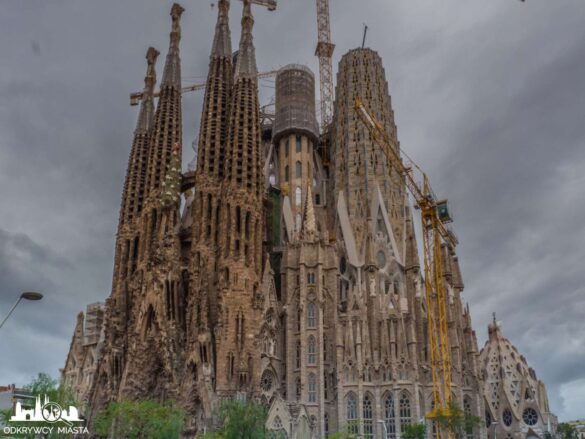 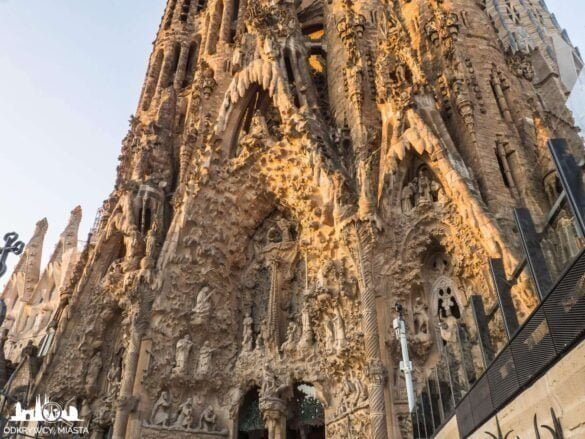 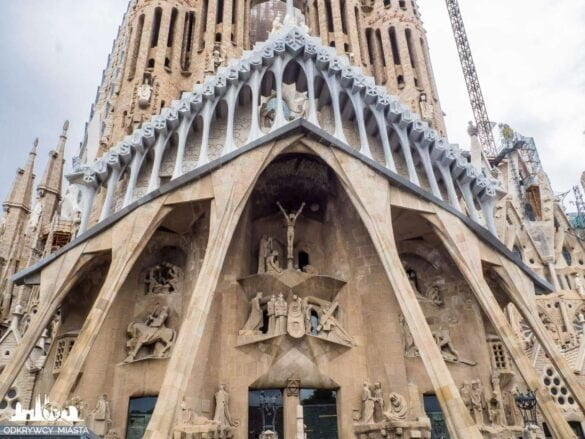 The Nativity Facade is a work entirely made by Antoni Gaudi, thanks to which we can admire his amazing sense and artistic craftsmanship to this day. This part of the Sagrada Família church was inscribed on the UNESCO World Heritage List, and its creator A. Gaudi left numerous buildings in Barcelona, ​​which today attract tourists from all over the world. Apart from the Sagrada Cathedral, some of the most recognizable are Casa Batlló, Palace Guell, casa mile or Park Güell. In all of these works, in the blink of an eye, we will see the incredible craftsmanship and the hand of a genius architect like Gaudi.

From this side (nativity façade) there is now the entrance to the Sagrada Familia. Ultimately, the main entrance, according to the architect’s assumptions, will be located at the facade of glory, but we have to wait for its completion, because this part of the construction has not started yet. 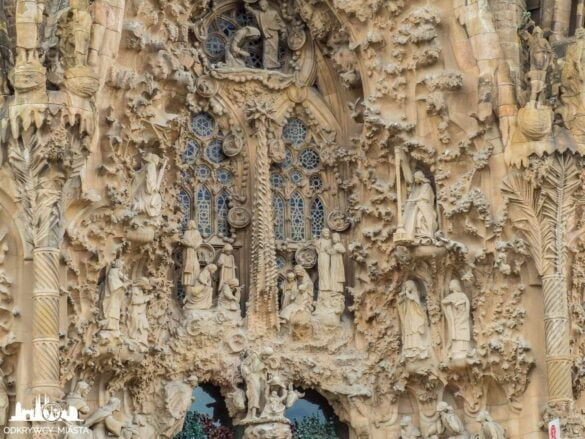 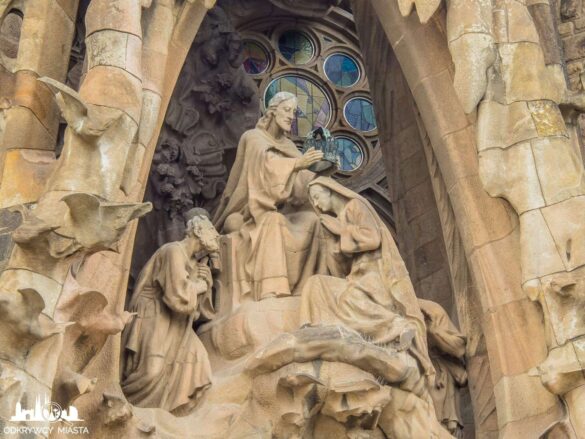 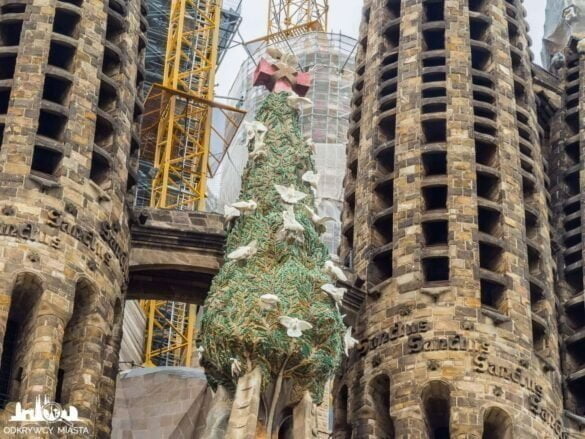 Façade of the Passion

In turn, the Passion Facade was completed in later years and the artist who was responsible for its implementation was Josep Maria Subirachs. In this part, the Sagrada Familia is full of symbols and sculptures referring to the last moments of Christ’s life. It is worth paying attention to the numerous façades – elements placed in such a way as to be unnoticeable at first glance (the magic square with the number 33). From the outset, Gaudi planned that this part of the Sagrada Familia Barcelona would be built by future artists who would reflect the spirit of their time by creating the next steps that the Sagrada Familia would require. 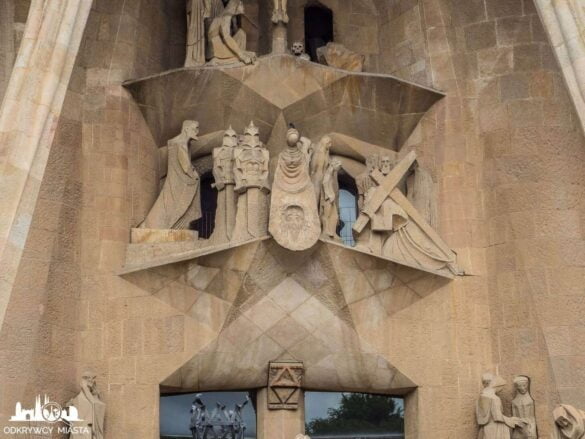 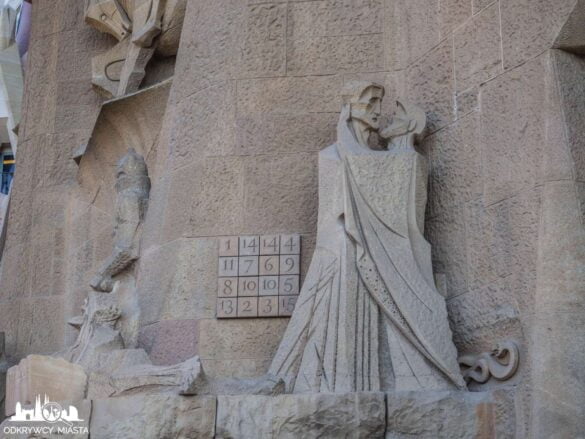 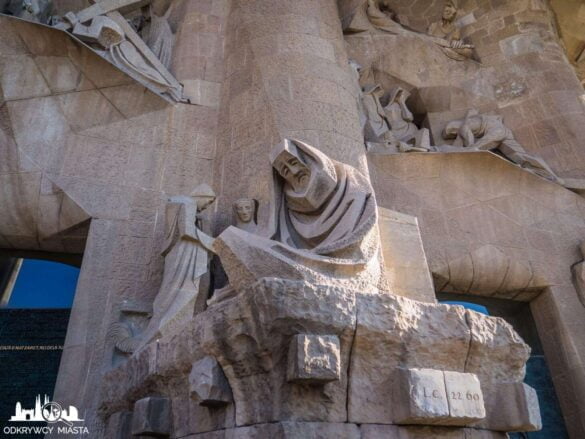 The Sagrada Família is today the most visited point on the map of Barcelona and is the main excursion point of the city. Underneath the Sagrada Familia, there is a museum dedicated not only to Gaudi and his work in Barcelona, but also displays numerous pieces and information on how the Sagrada Familia was built. 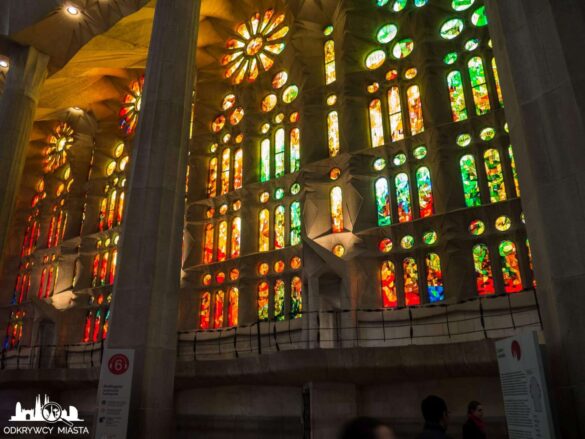 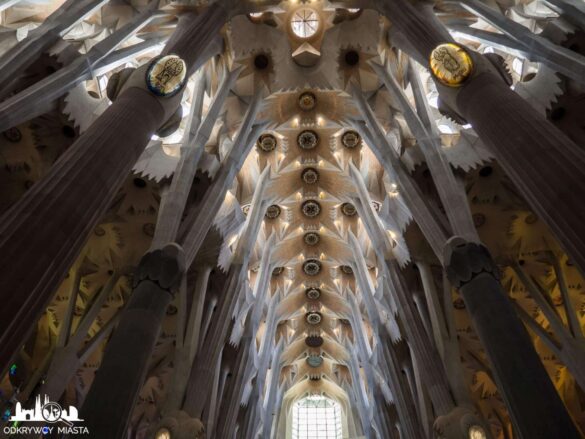 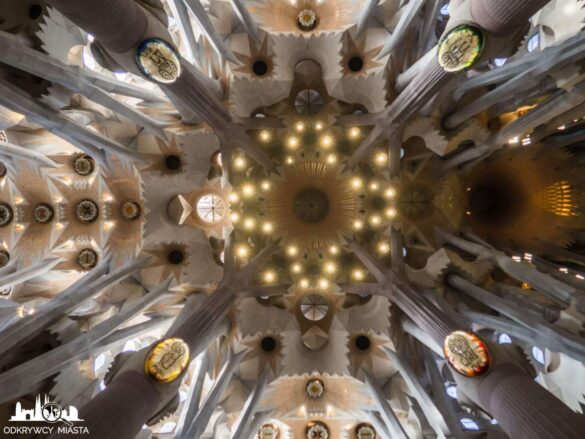 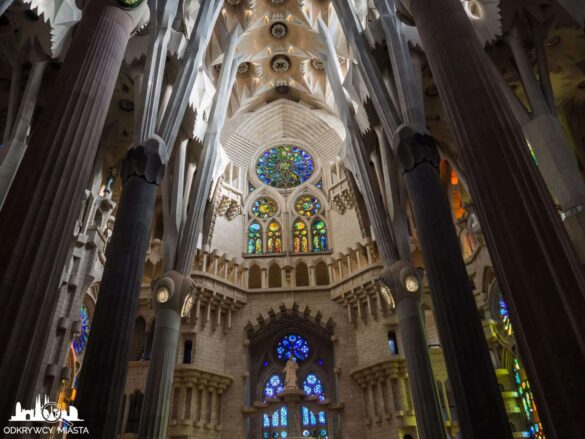 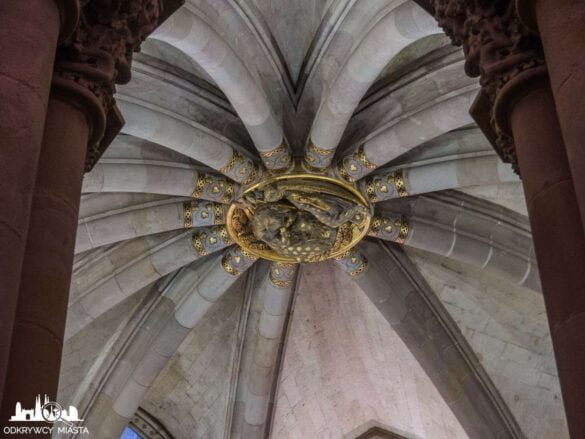 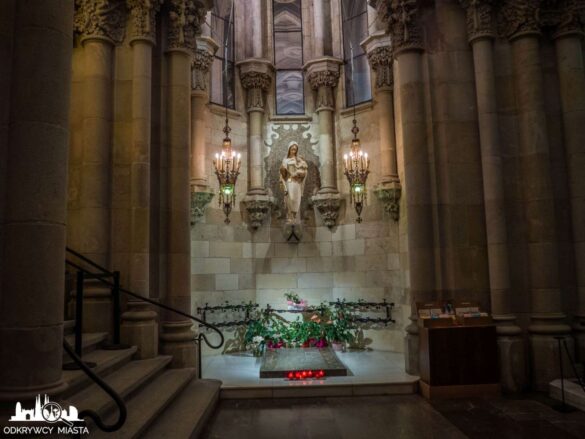 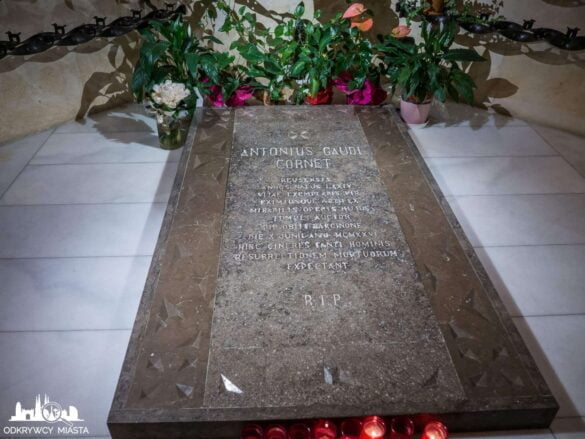 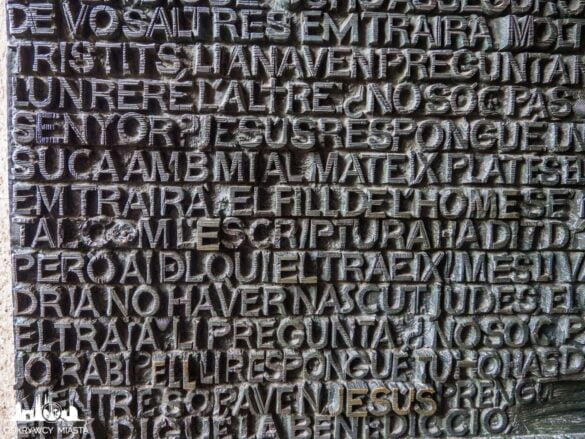 Sagrada is the most crowded monument and symbol of Barcelona and Catalonia. It is also a peculiar architectural wonder and one of the most popular buildings that Spain has. You just have to see it. Therefore, when coming to visit the city and see this unfinished project, which was started by the genius architect A. Gaudí, be sure to purchase tickets for the basilica before your arrival.

You will get tickets to the Sagrada Família Church on our website. – Buy a ticket – You will also find there information on what time it is possible to buy tickets (it is very important and very respected!) and, for example, the possibility to visit the towers above one of the facades that Sagrada has already completed.

Tickets to the Sagrada familia

We recommend that all tourists who want to enter the interior of the Sagrada Familia church choose the option with an audio guide when buying a ticket. The version in Polish is now available, and this way of visiting will not only help you learn about the history of this temple, but also provide interesting information related to scenes from the life of Christ.

How to get to the Sagrada Familia

If you are in Barcelona and use the tourist bus, then the stop at Sagrada Familia will be quite an important point on the map for you, because it is here that 2 tourist lines cross the blue line, which shows areas of the city away from the center, such as Sagrada Familia or Camp Nou and the red line that will show you mainly the monuments concentrated in the Barri Goti district. Therefore, when using a tourist bus, it is worth planning the route in such a way that, after driving the entire route (e.g. the blue one) at the basilica, you will make a stop for sightseeing (and lunch, there are many eateries nearby), and then continue your journey on the second route (e.g. the red one) by visiting other attractions of the city.

What to see near the Sagrada familia

When in the area of ​​Sagrada, it is worth going to the park in front of the nativity façade to take a photo of this amazing monument from this place. The photos from this place are really nice, no matter what time of day or even year. Another place that is definitely worth visiting, being near the Sagrada, the nearby Hospital of Saint Paul and the Holy Cross (Hospital de Sant Pau y Sant Creu) much less popular than the Sagrada familia, but which, like it, is inscribed on the UNESCO World Heritage List . You can reach the hospital from the Sagrada area by going through Avenida de Gaudi

Sagrada Familia is it worth it

In our opinion, it is definitely a monument worth seeing, not only because of its 130-year-long construction, but it is a one-of-a-kind temple. The sculptures on it tell the story of the life and death of Jesus Christ. Each side of the basilica shows something amazing and only if you see it with your own eyes you can fully appreciate the amazing craftsmanship that the Sagrada Família gives us